The host hazy and dusty race tracks are not the normal habitat of wolves. No, I picture wolves living in the misty mountain hops of vampire infested forests up in Northern America. But I wasn’t interested in spotting your average wolves. I was jonesing to see the kind of hard rock wolves who are native to Australia’s open plains. Wolfmother. They will do just fine in Pomona’s Fairplex.

I kidnapped my British friend, Som, and we headed south, outside the comfortable political and social strata of Los Angeles county. for KROQ’s Epicenter Music Festival. This being the inaugural year, they nabbed headliners Tool, Linkin Park and Alice In Chains but upon arriving, it seems that not even metal/grunge/rock juggernauts could overpower an economy on life support. Of course there are always those with disposable incomes, or meth labs in their basements…

As the backstage area slowly filled with Monster energy drink abusers of all types, the gifting suite filled up with ear plug hawkers and a laser tag course (with air rifles) was constructed in the massive media/artist building. I was quickly and succinctly shot in the face by a man in a Return Of The Jedi shirt, who was on a laser shooting spree while carrying on a cell phone conversation. C’est la Pomona vie.

The dusty field slowly became dotted with barrel-chested men in black Tool shirts, Street Sweeper Social club were adequately received, save for a few boos lobbed at them when they made political statements about sending troops overseas to fight in Iraq. You’re not in Los Angeles, anymore, Morello. Click your Hollywood heels three times. These men like their guns. And my guess is they don’t want you to kill their grandma with healthcare options.

As Som sought out his friends in the band, Hollywood Undead, I managed to spot an Australian red backed wolf, in fact the leader of his pack. Andrew Stockdale and I sat in the back of the artist tent, near where the caterers were inexplicably serving up tray after tray of hot brussel sprouts…By the way, really? Brussel sprouts? How is that a rock n roll food? Like Linkin Park is gonna come rolling through and say “Oooh I’m gonna eat the crap outta those brussell sprouts!” But I digress…

Andrew and I lounged amidst the stench of rockin’ brussel sprouts and talked about his return to sunny LA, where the band had recorded their latest release, Cosmic Egg. Andrew wholeheartedly admitted that the October 13th drop date was a nod to my birthday. He knows better to disappoint me. I mean, he does live in the land down under, but LA is like his second home so he does have to worry about making me unhappy. And how did he feel about being back in his second home?

Yeah, we know. Our city can be just as bi-polar as it’s inhabitants.  That’s why we self medicate or meditate. And speaking of our namaste ways, what of the folklore that Cosmic Egg was named after some crazy yoga pose Andrew found himself in?

“Yeah, I think it was some resting pose, I’m not sure. It could have been the fetal pose. It must have been a tripped out instructor for sure.”

Tripped out sounds about right. But the Cosmic Egg is also a Hindu symbol often used to describe what we call the big bang theory. Did that factor into naming the album?

“I was interested in something I read about black holes being the end of time but now they think they’re the beginning. So it’s the end of the beginning. Or, it’s a new universe. If that makes sense. I didn’t even know all that was behind the name when I heard it. I just thought it sounded cool!”

With all the talk about the beginning and the end of the universe, and 2012 quickly approaching, anyone who is still following he Mayan calendar would be getting a little uneasy. So is this the end of days? Or is the cosmic egg cracking open something wonderful and new?

“When I first started writing songs, there were a lot of environmental issues in the press and we did shows for lower emissions. So, some of my songs are about the end of the world. You know: ‘The sun’s getting closer! We’ve got to change our ways!’ But I’m glad there are only one or two songs in there like that. One of the songs is called ‘The Violence Of The Sun’…there’s nothing hippie about it. It’s this burning mass of destruction. The environment is violent. Evolution is violent.”

As out discussion starts to get farther from mysticism: (star showers, wolves, and eggs) and further into science and the temperature of the earth’s core, Andrew gets uneasy and balks.

“I don’t want to be overly intellectual about it.” He pauses and adjusts his grey vest. “Not that I could be.” He adds, laughing.

Well, then it seems that he’s come to the right place. I don’t want to generalize but after watching Boots Riley and Tom Morello get booed, the field outside seems to be a giant mass of duh being stirred up with beer and energy cocktails. Since when did it become uncool to be smart? Was it dummy pimps, like Palin, who made the intellectual a dirty name?

“You don’t have to be dumb,” Andrew starts out carefully, “but I think it’s important to be instinctive and expressive and have passion. That goes a long way. And not being too strategic too. I saw this thing on Picasso. He wanted to get one of his mistresses pregnant so she’d be less intellectual and more in tune with life.” 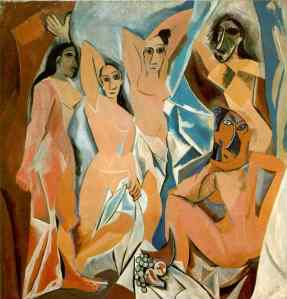 Point taken.  Intellect and instinct both have their place. And I am hereby doubling up on condoms. Just in case.

As his band mates begin to shuffle by and get ready to head toward the stage, I ask Andrew if he’s seen It Might Get Loud. He hasn’t yet, but we talk about Jimmy Page and Wolfmother’s big date, opening for Led Zeppelin when they were inducted into the Rock And Roll Hall Of Fame. I point out that they are most likely the last band to ever do so and that the pressure would drive someone like me to drink.

“I sat in the backstage area and played that solo (Communication Breakdown) about fifty times before we walked out there. The bizarre thing is that James Brown was there to induct himself and he looked over at me and I gave him a little wave and he waved back. He died the next day. It’s amazing. It’s like he stayed alive just for that.”

Andrew kind of pauses, lost in the moment. A cameraman tripping over himself in front of us brings Andrew back to storytelling mode.

“Anyway we went and did Communication Breakdown. My monitor on the stage stopped working. The sound was blaring. I couldn’t hear a thing so I thought I just better go for it. It was the highest I have ever sung in my life!”

I start to laugh, picturing Andrew’s already soaring voice reaching the outer galaxies. I mention to him that whales and dolphins across the seas were with him in spirit that day. He made a legion of marine life into Zep fans that day. He smiles at the thought. I think I might have just inspired some album art work or posters for the next round.

“Aw, I haven’t even had time to think about good stuff like that. Easy listening? Bossanova! Like Jose Feliciano? Really beautiful bossanova music.

I tell him he could start the trend today. He’s got a big audience awaiting him with rapt attention.

If anyone could pull it off, it would be Stockdale, who has managed to bring back a classic rock sound without aping the genre. Luckily for those about to rock out at the Epicenter Festival, Andrew and the wolf crew kept it hard and loud. Mixing some new blue cheer tunes like California Queen and New Moon Rising, with old popular Zep twinged tunes like Woman, White Unicorn and Dimension, the audience roared with a whole lotta love.

The Cosmic egg was cracked and the kids gobbled it up and were left wanting more.

May I suggest maybe releasing a b–sides rarities album? Something with a dolphin on the cover.

One thought on “Wolfmother Serves Epicenter Festival A Cosmic Egg, Sunny Side Up”