South by So tired!

I attended the SxSw three ring circus, which has expanded to an 8 ring cirque de soleil of hyped hyphy drunk proportions. I took part in the Eastsport media lounge where Vlaze teamed up with Urb magazine, Girlie Action pr, VH-1 Classics and several sponsors. The bands would come in and get some food drink and swag, and then do a sit down interview with yours truly.

Big ups to Jessica and the lovely people at Girlie Action, Josh G. my media mafia partner from Urb Magazine, and Skull Candy who graced my golden head with new pink headphones. I already had a pair of white Skull Candy cans that I use on air at Little Radio, so don’t get all bent out of shape because I have girlish Barbie colored ones now. I can spin vinyl in any color headphones…I’m just that damn talented.

I was so busy working and doing interviews this year, that I unfortunately didn’t get to catch many shows. I have to say, though, that the Body Of War show was amazing. It was the only ‘showcase’ that wasn’t about self promotion, but about a cause. Check out more about the film here.

So I don’t have as many pictures this year, but the ones I do are behind the scenes, side stage or right up front. Quality over quantity, I say.

Hope it helps paint the crazy picture, if you couldn’t go – or remind you of how tired you STILL are, if you did. Thanks to Totally Like Duh and Shadowscene and to all of you who made me laugh.

Interviewing the Von Bondies at the Urb/Vlaze/Eastsport Media Lounge:

Matt Goldman, of Danceright, visits the lounge for some sips and swag 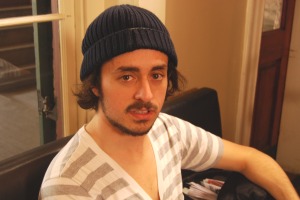 My trusty shooter, Nick, takes a break from filming

The Black Ghosts spin at dusk:

Matt and me at the I Heart Comix party where I interviewed Cut Copy: 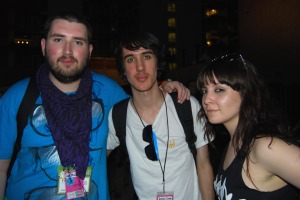 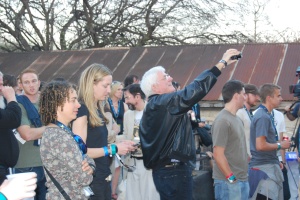 I’m now a Ben Harper fan – he was amazing: 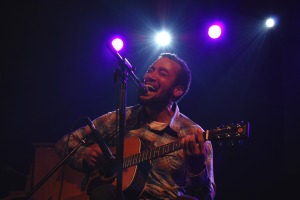 Ben is joined by one of my favorite people, Tom Morello: 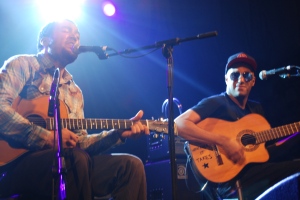 Scott Igoe from Kimmel & Shirley Halperin at the BOW show:

The Nightwatchman in action. Tom Morello gave me goosebumps:

The flirty UK boys of South at their Bluhammock showcase: 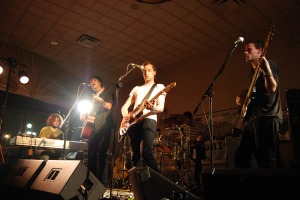 I actually looked forward to time NOT being on camera:

Mingering Mike, Dori Hadar and me at the Ubiquity Records Showcase:

Dori helps Mike set up merch. If you don’t know the amazing story of Mingering Mike, you should!

My personal grail on every road trip – the floaty pen:

Wale warming up the crowd for GZA at the Urb showcase: 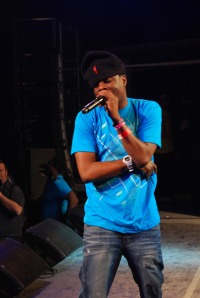 Food on the road included Sprite with blue and purple cubes of jello in it – I’m suspicious of that kinda fun:

This place was a post office/taxidermist/feed store/bar – but they had an 8×10 of The Donnas hung up: 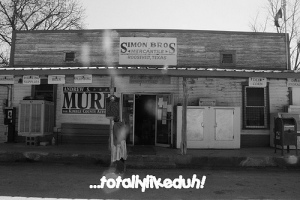 Travelin’ Cat at a truck stop:

Hopefully he didn’t end up at this truck stop: