Ali MacLean’s poignant and heartbreaking take on the aftermath of a mass shooting had it’s Road Theatre debut Monday night before a rapt audience. The show, which was directed by veteran director Casey Stangl (Pasadena Playhouse, LaJolla Playhouse, Guthrie Theatre, South Coast Repertory, and the Humana Festival), and produced by Spark Theatrical, was Maclean’s first collaboration with The Road. 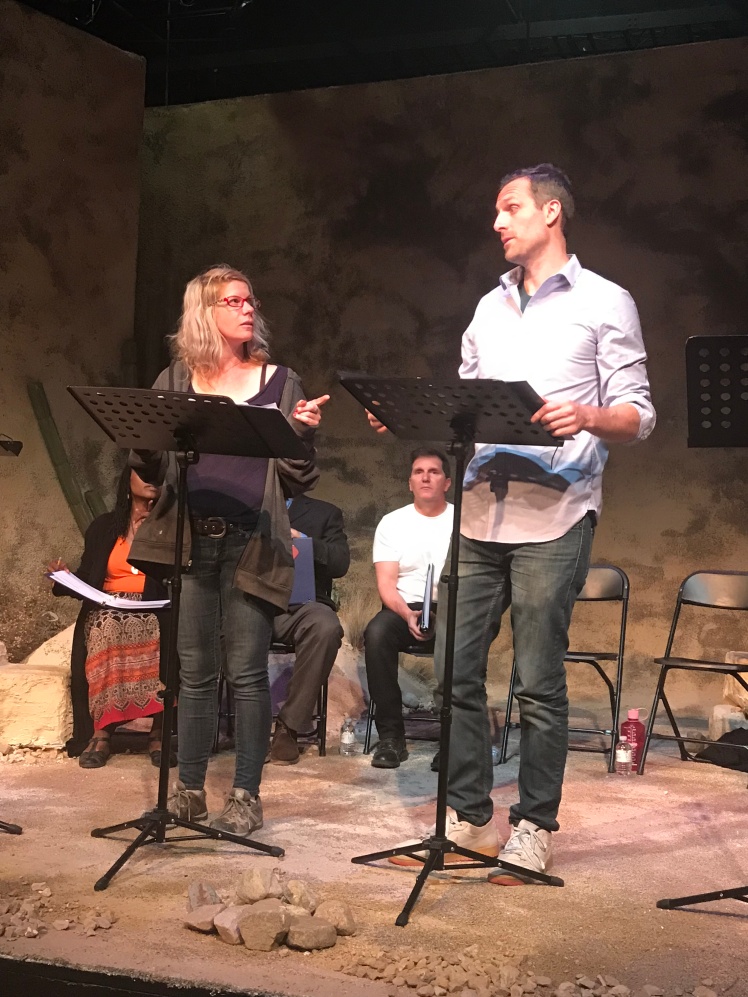 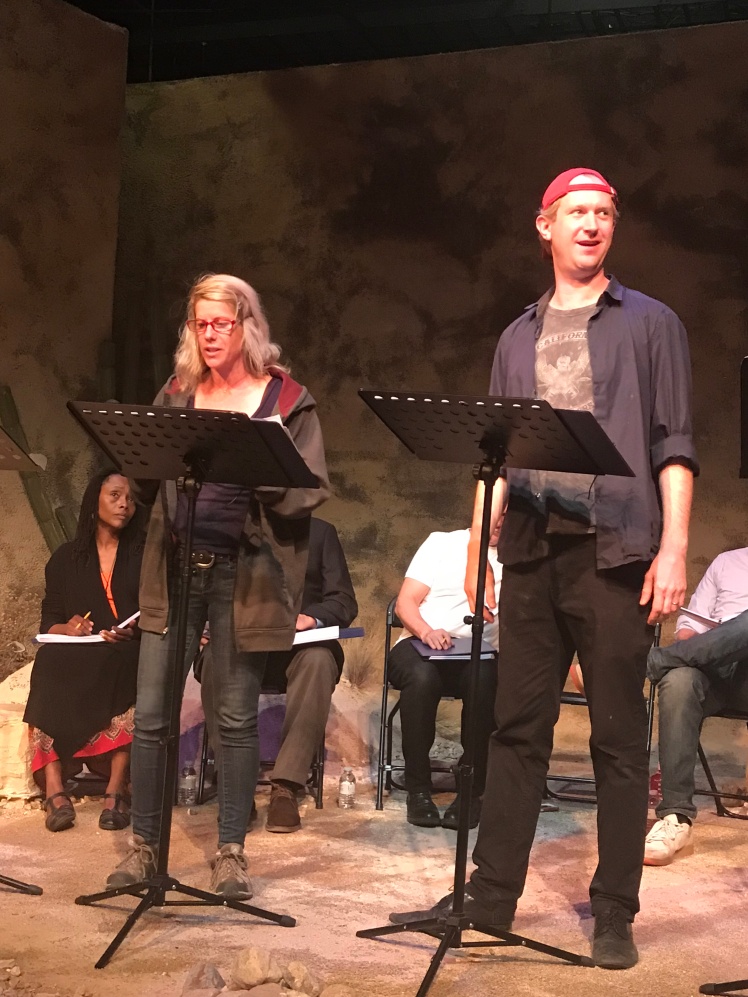 MacLean, Stangl, and Bernhard participated in a talkback after the show and answered questions from the crowd.

Wolves deals with the repercussions of an All American mass shooting. With the rash of incel manifestos, social media doxxing, misogynistic violence and gun death on the uptick, there was a need for me to explore why this continues to happen over and over in our society. America runs on violence. Is it exacerbated by those who feel entitled to the American Dream that is out of reach? This play also explores how to move on in the aftermath of loss. There is an incredible amount of strength that comes with the ability to forgive someone who kills your family member. It takes time to move through a tremendous amount of grief. Some are able to do it – some are not. The characters in this play are confronted with these horrors daily.

The show was followed by a reception feting the playwright.