8 years of W. An insane look at what happens when a complacent, paranoid and indifferent country gets caught sleeping.
Sounds like a horror book by Orwell, does it not?
Now hip hop artist Mr Lif will write the epilogue – and hopefully the first chapter in a new story. Hopefully a story about a country’s redemption. Hopefully. Sweet Jesus, it better be… 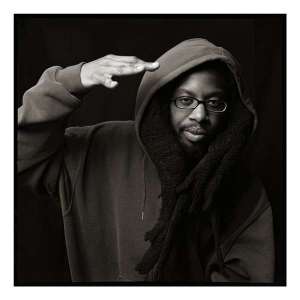 MR LIF UNVEILS PLANS TO RELEASE NEW MUSIC IN AN UNPRECEDENTED FORMAT!
1-2 NEW TRACKS CREATED, RECORDED AND DIGITALLY AVAILABLE EVERY THREE WEEKS
FIRST SINGLE, ‘I HEARD IT TODAY’, COMING 9/9! FOLLOWING SINGLES RELEASED ON 9/23, 10/14, 11/4 (ELECTION DAY). FULL ALBUM AVAILABLE 1/20/2009 (INAUGURATION DAY)
The voice of the people is back!!! Mr. Lif returns with more cutting edge political commentary in his new series titled I Heard It Today. Presented in a completely unprecedented manner, Mr. Lif will write and release 1-2 songs every three weeks until Election Day (November 4), following which Mr. Lif will release one more single based on his post electoral thoughts. This single will preface the release of the I Heard It Today (Bloodbot Tactical Enterprises) full length on Inauguration Day (January 20, 2009). The album will feature additional unreleased tracks and corresponding artwork.
Mr. Lif has his hands on the pulse of American society as he rhymes uncompromisingly about important issues that currently affect us. We are looking toward perhaps the most anticipated administration change in American history, and I Heard It Today boldly holds a mirror to the face of the society we have created and perpetuated. As one of the most versatile voices in the game, Mr Lif has enlisted some of hip-hops most talented producers (J Zone, Edan, and Illmind, among others) to create awareness on current political issues and agendas for Americans and the global community.
Mr. Lif adds, “With a new administration on the horizon, many of us are hoping things will change for the better. We are all hoping our voices will be heard and our concerns met with solutions. This project allows me to voice and magnify the all too often ignored opinions of the American people. My research has led me to speak with so many citizens nation wide, and the stories of your struggles combined with the knowledge of my own struggles have given birth to the project now known as I Heard It Today. “
In addition, Mr. Lif will be issuing regular “Presidential Reports” commenting on recent events in national and world politics. “The Presidential Report, Vol. 1” tackles tension between Obama and McCain and the recently erupted conflict between Russia and Georgia, and can currently be heard on Mr. Lif’s MySpace page (www.myspace.com/mrlif). Stay tuned as more “Presidential Reports” are sure to follow, connecting the dots between each new installment of I Heard it Today.
AllHipHop.com will host exclusive streams of the tracks one day prior to release. They will then become available to fans worldwide, via The Orchard, through hundreds of digital music store and wireless carriers, including iTunes, eMusic, Amazon, Rhapsody, Napster, Verizon Wireless, AT&T, Sprint and more.