The John Gassner Memorial Playwriting Award Competition fosters new playwrights and scripts through this important competition established by Molly Gassner, wife of theatre historian John Gassner. The Award was created in 1967 to honor the late John Gassner (1903-1967) for his lifetime dedication to all aspects of professional and academic theatre. Previous winners include Lauren Yee, Michael Kimball, and  Jami Brandli.

This award was administered by a panel of judges named by the NETC Executive Board. A staged reading of Ali’s award-winning script was performed to critical acclaim, prior to the annual NETC awards ceremony at the Warner Theatre in CT. 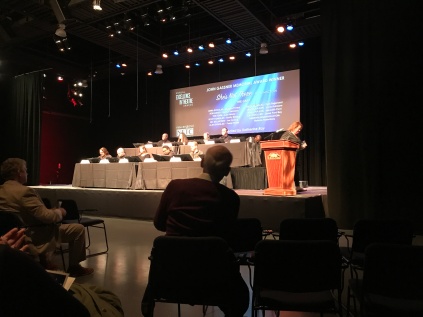 Ali’s play was workshopped with Erik Patterson at the Echo Theatre Playwriting program. It was a part of Ensemble Studio Theatre’s Winterfest reading program and a finalist for the Gary Marshall Theatre New Works Festival.

She’s Not There is a dramedy that follows Rob and Anna: When Rob meets Anna, he thinks she is the one. When Anna meets Rob, she thinks she can finally be happy. But there is a third party in the relationship that may destroy their union. Every night a shadowy Form seeps out of the walls of Anna’s apartment and tries to kill her. As their romance deepens, so does her depression and the danger surrounding them. This play anthropomorphizes depression and explores how it can devastate a person and the lives of those around them. The play starts out as a meet-cute comedy and quickly turns into an entirely different beast, both literally and figuratively. 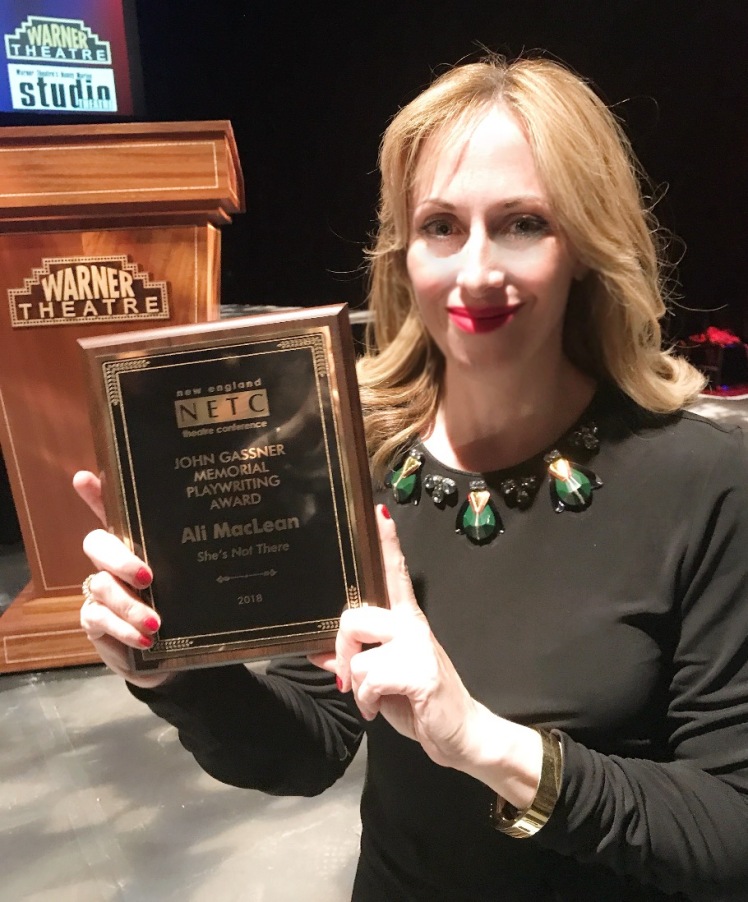 Ali’s next play, Wolves At The Door, which deals with an incel and the aftermath of a massacre, is currently being workshopped in LA.

More about the Gassner awards and Ali can be found on the NETC site.