Not only does this tribute feature my childhood hometown musical hero, Black Francis, but it also boasts Maynard from Tool, The Flaming Lips, A Place To Bury Strangers, Chantal from Morningwood and my favorite San Francisco Silverlakers, Film School.

Plus it was produced with love (and rockets) by Christopher the Minister from Sirius Radio and the lovely Phil J of Swinghouse Studios fame…plus art work by Shepard Fairey…is it Christmas? 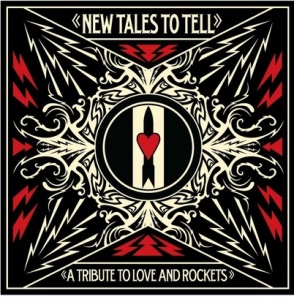 New Tales to Tell: A Tribute to Love and Rockets

“Love & Rockets are many things, but what they are more than anything are agents of that mysterious force known as Rock & Roll, a force loved by many but truly understood by a few” –Black Francis

New Tales To Tell, A Tribute To Love and Rockets is produced by
Christopher The Minister & Phil Jaurigui
Album art created by Shepherd Fairey

All In My Mind – Black Francis
Holiday On The Moon – Puscifer (MJ Keenan)
Love Me – War Tapes
No New Tale To Tell – Blaqk Audio
I Feel Speed – Dubfire
Inside The Outside – The Dandy Warhols
Kundalini Express – The Flaming Lips
Life In Laralay – Sweethead
An American Dream – Film School
The Light – A Place To Bury Strangers
Mirror People – Monster Magnet vs Adrian Young
Fever – The Stone Foxes
No Big Deal – Frankenstein 3000
It Could Be Sunshine – VEX
So Alive – Better Than Ezra
Lazy – Chantal Claret vs Adrian Young
Sweet F.A. – Ian Moore
No Words No More – Snowden 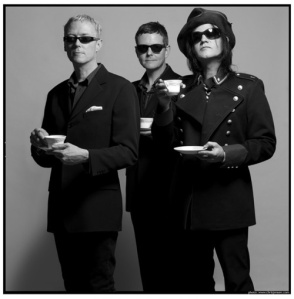