Ali MacLean’s play This Will Be Our Year was produced virtually by the No Pants Theatre Company on Friday night and performed via YouTube Live.

The play was very well received and finished with a lengthy Q & A session where the actors and playwright answered questions from the director and the online audience.

Starring MacLean, Rob Nagle, Wes McGee, Ben Huth, Jenny Soo, Megan Duffy, and directed by Jason Weiss, the romantic drama follows Hugo, a self-destructive British rock star, and Gen, a struggling jewelry designer as they meet, come together and fall apart over a ten-year toxic love affair. Coined as a rock-n-roll Greek tragedy, this is MacLean’s second play in her ‘Zombies Trilogy’, plays based on lyrics by the 60’s rock group, The Zombies.

Next up: another performance of the play, to be announced soon. 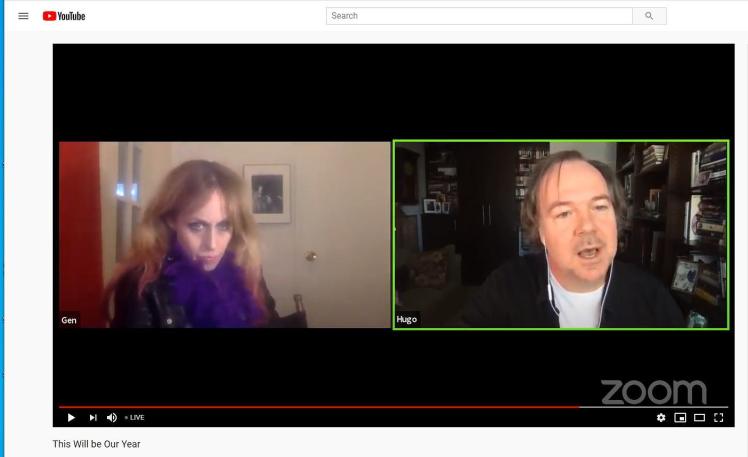